Public Animal Reading Room Gallery 65-66 Frith Street Soho London W1D 3JR The pieces in this exhibition come from two linked bodies of work, The Subject's Not the Issue and animal (instincts). The Subject's Not the Issue emerged from several sources including the myth of Kentish men (said to be born with tails, as a punishment for the murder of Thomas á Becket) and the Grinagog (a person who grins all the time without sufficient reason). The derivation of the word came from the Nordic word “grin” which was used with reference to the baring of teeth both by humans and beasts alike.

In combination these two ideas have reinforced a shift in my work. From the primarily human figurative to men discovering their own tails, dogs with grinning human heads and the anthropomorphic changes that these possibilities suggest. Furthering my interest in both the autographic mark while also entertaining the "idea of animalism as described by a form of sensuality and the doctrine that humans are mere animals, or as some might have it, animals are merely human".

The common thread in the works of animal (instincts) (which range from small, flocked drawings to large charcoal ones on canvas and cast polyurethane sculptures) is the physical sympathy that we as humans have with the "animal". By sympathy, I mean the sharing of a thing's sensation and condition. Gilles Deleuze touches on this when he expresses the "animal spirit of man: a pig-spirit, a buffalo-spirit, a dog-spirit, a bat-spirit" when describing Francis Bacon's pursuits "to dismantle the face". He also goes on to say that "man becomes animal, but not without the animal becoming spirit at the same time […] the man who suffers is a beast, the beast that suffers is a man […] this is the reality of becoming”. Some of the titles make reference to these thoughts.

The materials in these works challenge and undermine assumptions of their high art status through their intentional associations with massed produced novelties. For example, high density expanded foam creates forms that can imitate carved marble and bright red, flocked plastic is used where bronze might be the expectation and thereby subverts conventional aspects of production. 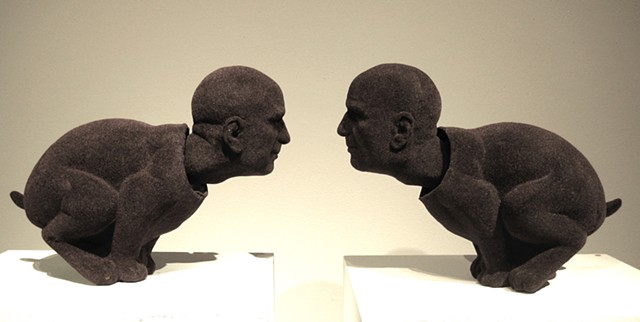 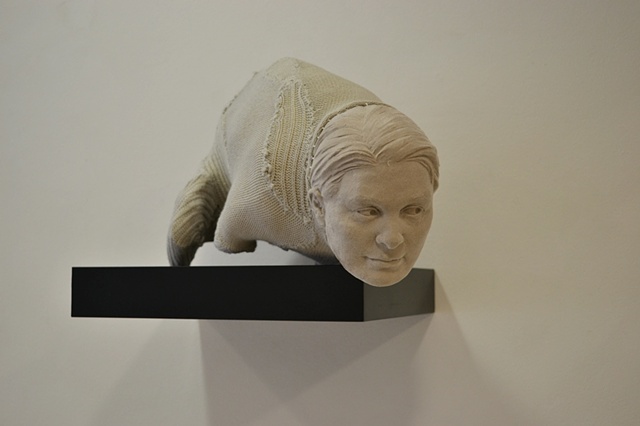 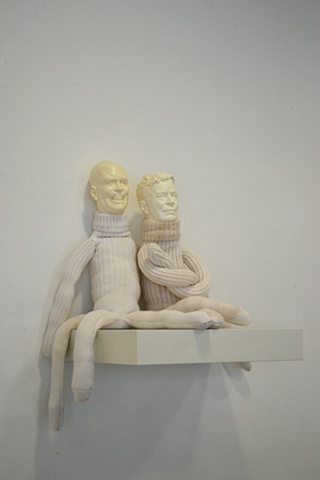 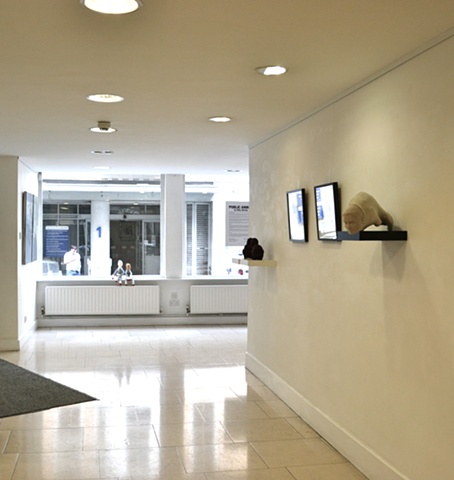 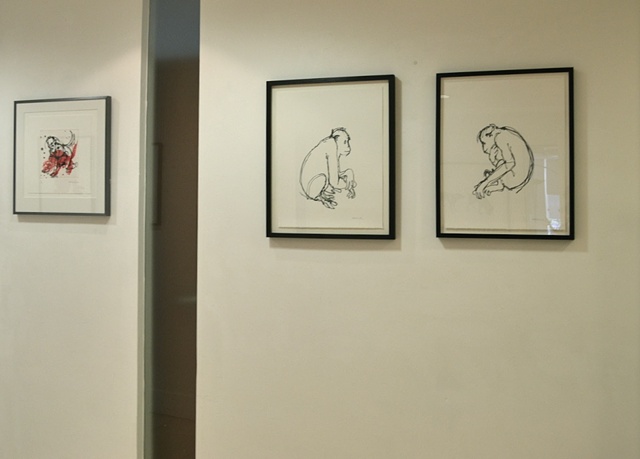 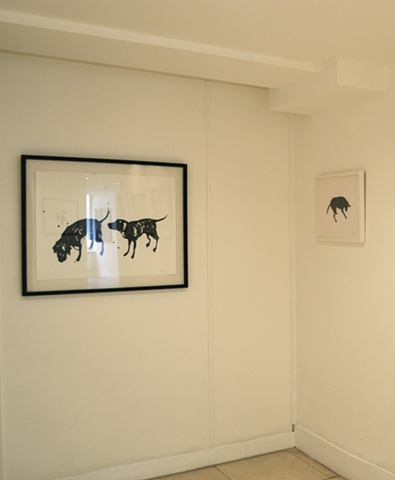 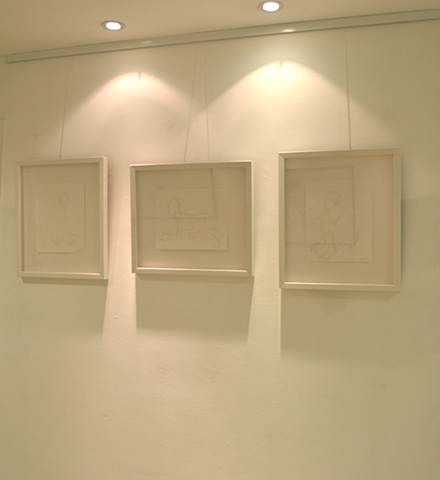 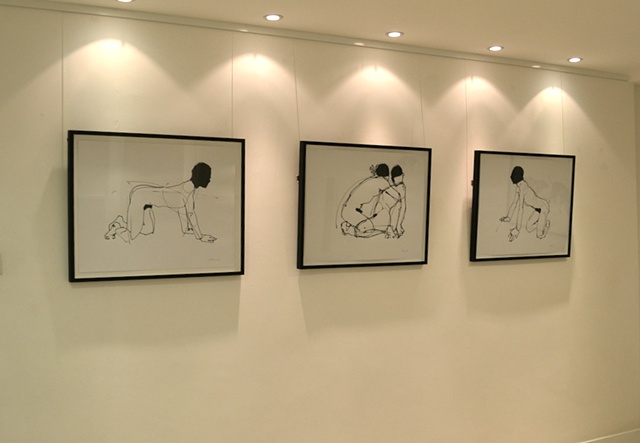 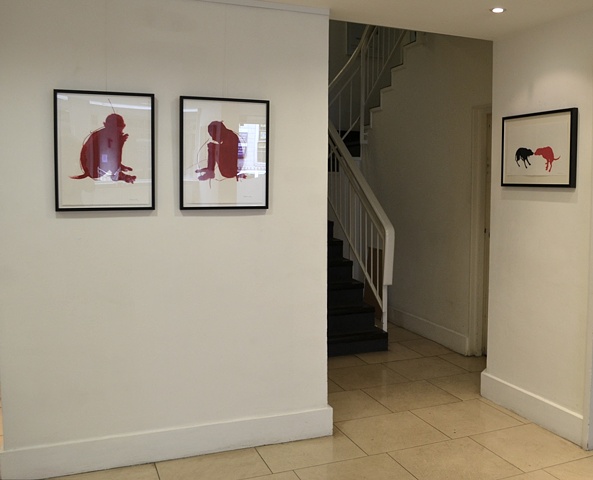 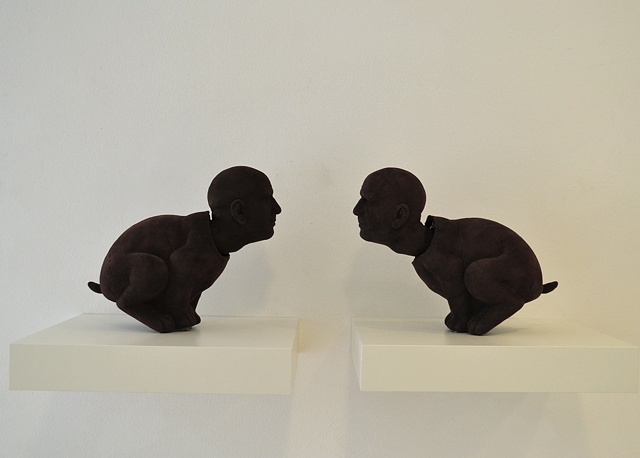 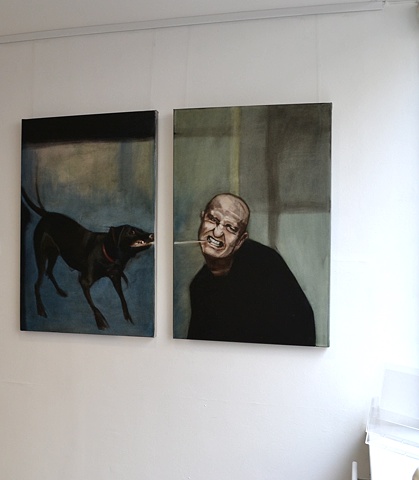 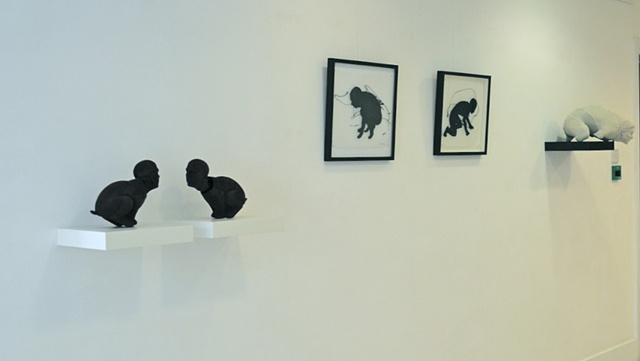 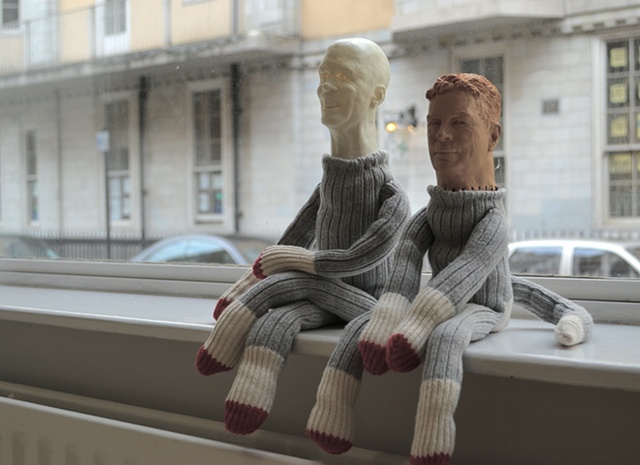 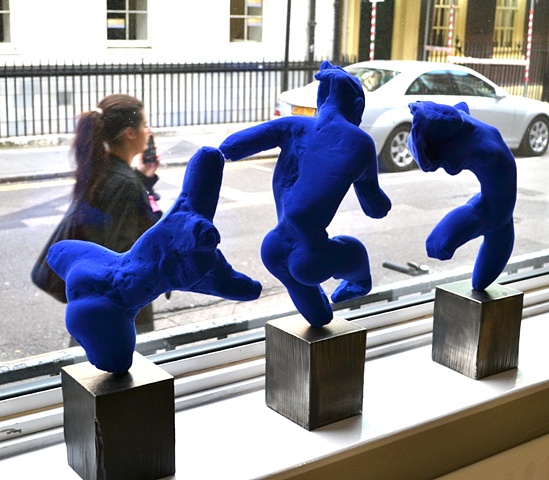 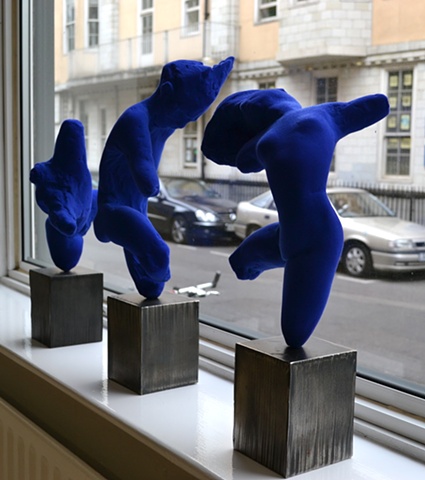 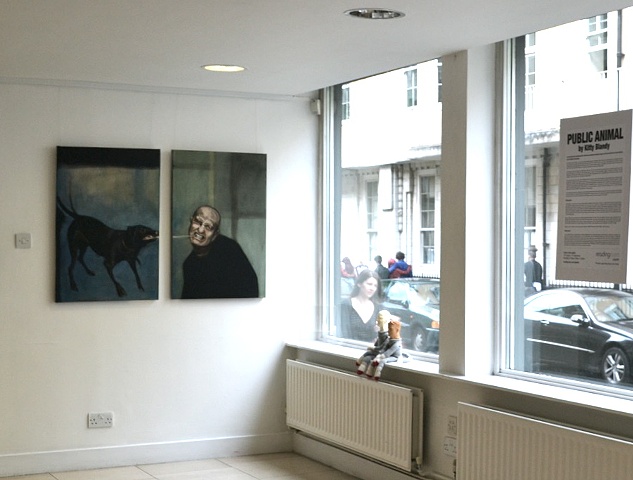 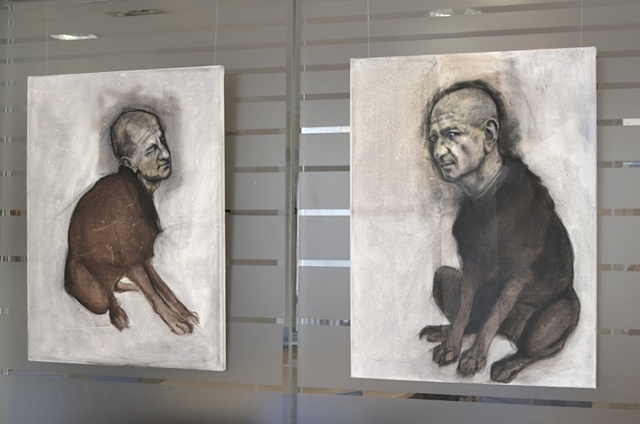 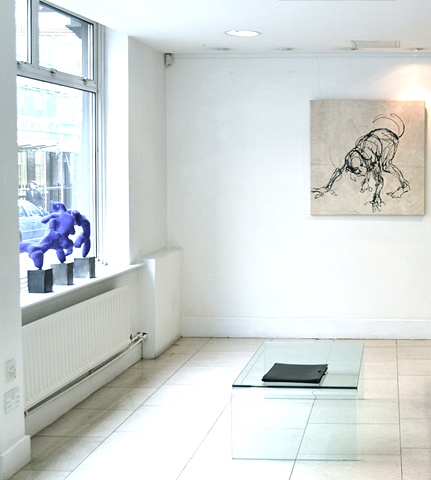