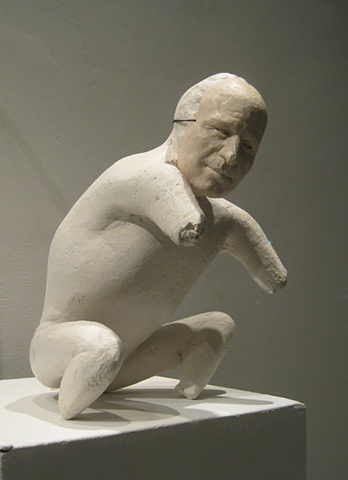 “My painting is a representation of life, my own life above all, which has been very difficult. So perhaps my painting is very violent, but this is natural to me.”

“Every portrait that is painted with feeling is a portrait of the artist, not of the sitter.”

“Every man’s work, whether it be literature or music or pictures or anything else, is always a portrait of himself, and the more he tries to conceal himself the more clearly will his character appear in spite of him.”

The exhibition “The Other”…posits the hypothesis that all creative expression is, in a sense, self portraiture or, at the very least, an extension of the way we see and/or feel about ourselves. Each of the three artists infuse something of themselves in their creative endeavors.

Jillian Mcdonald injects herself into film clips, replacing the performances of the original female love interests, playing opposite romantic film stars, with performances of her own.

Carrie Walker seeks out the faces of women who have her name in common. She then renders a portrait of each woman “…charting a meticulous visual investigation of identity and the meaning of portraiture. This collision of fine art portraiture with the snapshot blurs the boundaries between self and other…..” Camilla Pickard

Kitty Blandy’s sculptural and drawing “portraits” frequently employ anthropomorphisis to adroitly capture the core nuances of her subjects. Finely sculpted heads become bobble-heads on animal torsos or are fused on sock monkey bodies. Are they all self portraits?